What We Offer
Employers
News
Our Initiative with Sunderland BID 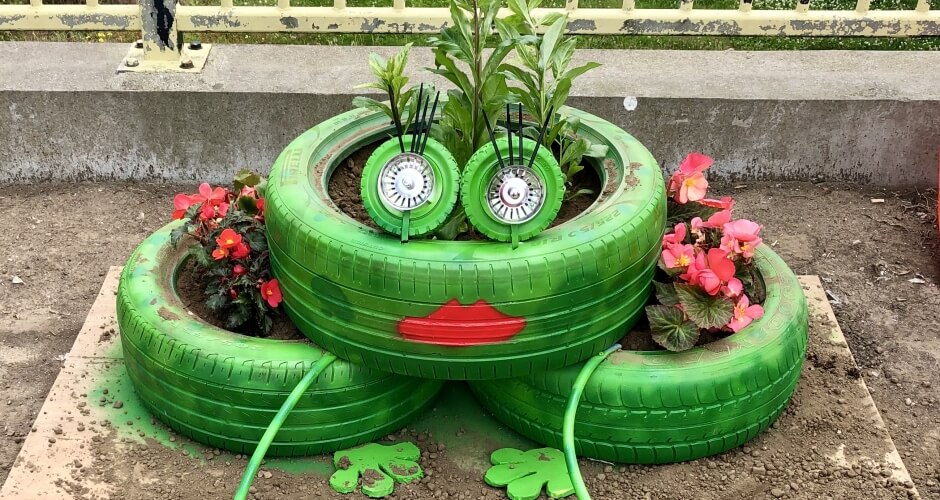 As part of the BID’s on-going campaign to keep the city centre tidy and make it look more colourful, it has been working with a number of Nissan apprentices who go to the NA College.

And that has led to the creation of a number of art installations which are doubling up as planters, using recycled tyres provided by Kwik Fit Sunderland at Borough Road.

Over a three week period, three different groups of students were involved in the project, with the first week spent on litter picking, weeding and preparing the soil at Little Villiers Street.

Then the second and third groups worked with Sunderland-based artist, Jessica Brown, to transform the planters into quirky works of art, while also giving a nod to the importance of the automotive industry to the city.

Sharon Appleby, Head of Business Operations at Sunderland BID, said the scheme was a really challenging but fun project.

“We hope that people will look at them and not only enjoy the plants but that it will also give them something to smile about,” she said.

“It was a fantastic project which saw three organisations working very closely together which has had a really positive result for the city.”

The initiative was also supported by a number of businesses including Darke Cycles and Thoburn’s Plants, Trees and Shrubs Sunderland.

The project links in with Sunderland City Council’s Cleaner Greener City initiative which has an additional £460,000 worth of funding to carry out a number of measures including more environmental officers on the ground, the introduction of specialist cleansing equipment and more enforcement activity to tackle litter and waste storage issues.