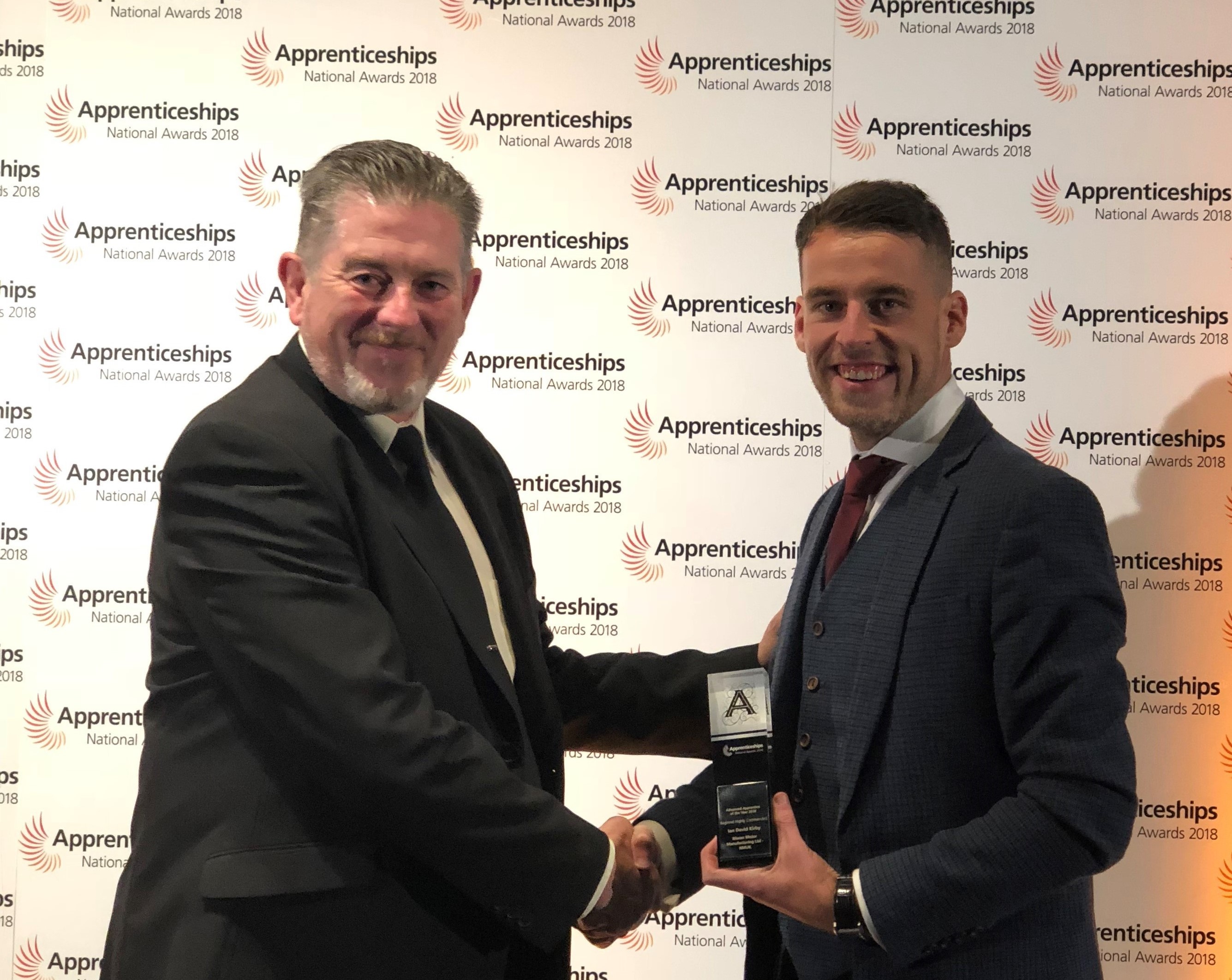 The awards were open to apprentices, individuals who promote apprenticeships and employers of all sizes from all sectors. The refreshed categories, including the Rising Star and Recruitment Excellence categories, gave additional opportunities for entrants to demonstrate the impact apprenticeships have made to individual’s lives and their workplaces.

The North East final was an outstanding success for former NA College learners who have now progressed onto positions at Nissan Motor Manufacturing Limited; apprentice awards include:

The British Army Award for Intermediate Apprentice of the Year

The Rolls Royce Award for Advanced Apprentice of the Year

NA College would like to congratulate all learners who were awarded, well done for all of your hard work!

Ian is one of our Maintenance Technician apprentices and an avid motorcycle racer, with sponsorship from NA College during the 2017/18 racing season. He has recently won the No Limits Racing Pre Injection 600 championship – you can read the report on his win on the UK Clubsport website which mentions his NA College sponsorship

I am delighted to see so many regional winners being recognised and representing such a wide variety of sectors and industries.

We know apprenticeships enable businesses to grow their own talent and also allow individuals to make a start or progress their careers. The talent presented by winners and highly commended finalists really does showcase the impact of apprenticeships on individuals and employers alike.

There really were some outstanding applications and great apprenticeship stories, all highlighting the many benefits apprenticeships bring. I wish all winners the best of luck as we progress to the national stage of the competition and I want to personally thank everyone who took time to enter the awards this year.

You can find more information on the National Apprenticeship Awards 2018 on GOV.UK.