What We Offer
Employers
News
Manufacturing begins for NHS PPE 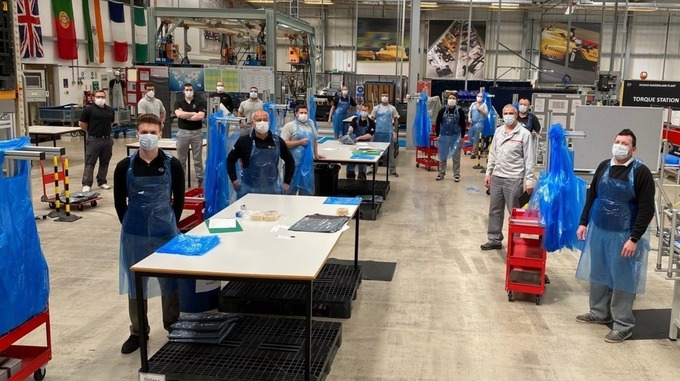 Nissan, one of NA College's main strategic partners, is using its manufacturing expertise at its plant in Washington to help make protective aprons and face visors for NHS workers.

A team of staff at the plant took just eight days to design and build a process on-site to allow the manufacturing of plastic aprons and face visors.

It follows a request from the Royal College of Nursing, with help from Unite the union to UK manufacturers urging them to use their spare capacity to help meet the unprecedented demand for PPE.

The car manufacturers plan to have more than 77,000 face visors leave the plant by the end of this week, with up to 100,000 being distributed weekly from next week. As well as this, they initially plan to create 18,000 aprons a week with a potential increase to 70,000 by the following month.

The team have created an assembly line at the Skills Academy for Sustainable Manufacturing and Innovation, just a stone's throw away from NA College's Spire Campus.

Using technical specifications issued by the Government, the team have set up a manual process to make non-sterile grade aprons out of tear-resistant polythene and are using the academy's 3D printers and embossing machines to create plastic face visors.

Production started this week and the plant already has 47,000 orders from local NHS trusts.

They aim to sort thousands of parts and pack them in sets ready to be delivered to frontline workers.

On Wednesday 22 April, Nissan also announced a new project which will involve around 50 members of the team responsible for powertrains. Nissan said it has carried out "extensive" risk assessments as well as put in place many safety measures.