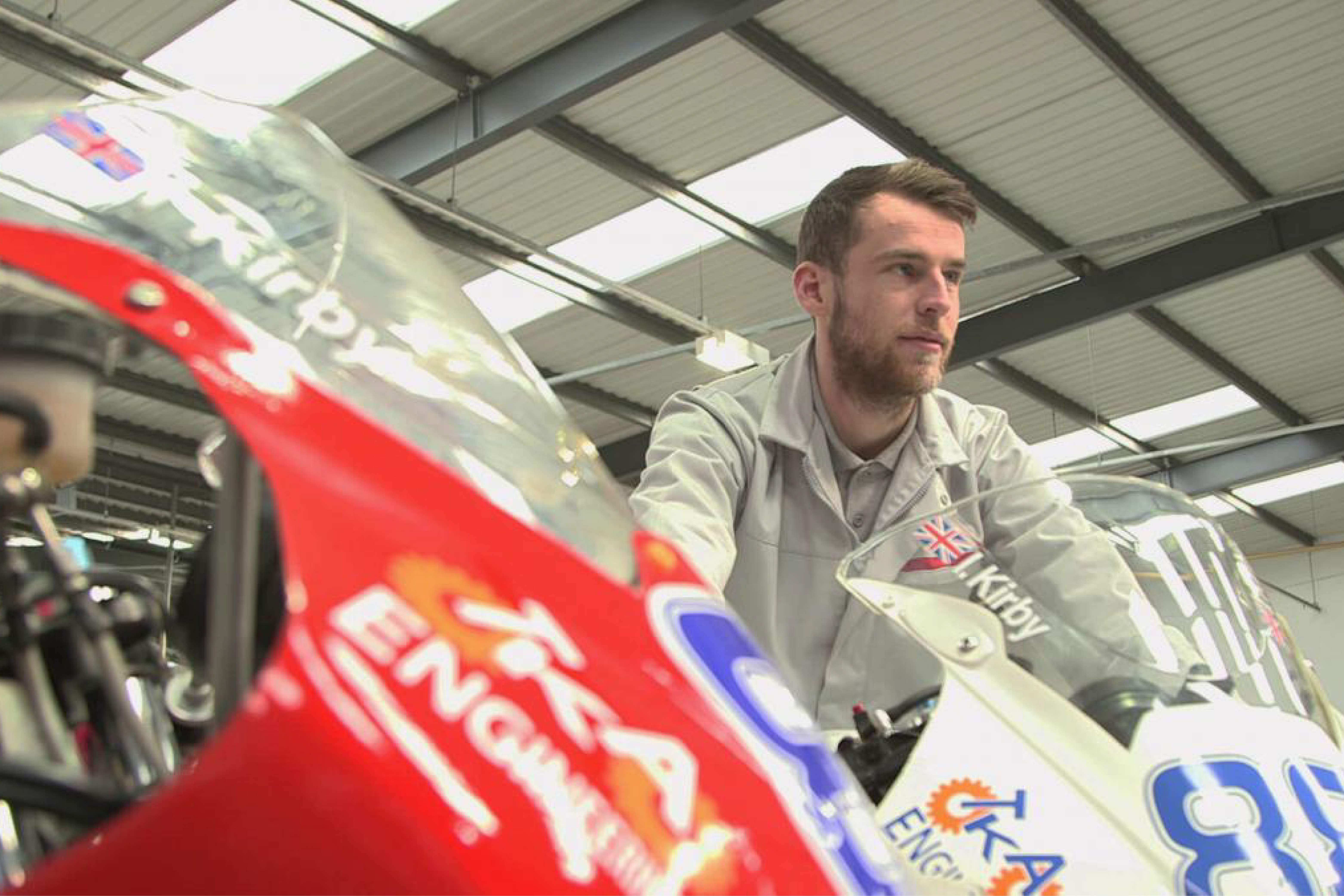 Ian Kirby, who is an ex-Sunderland University student, will compete in the national No Limits Racing Championship, with races at venues across the UK, including at Croft Circuit near Northallerton.
The whole deal was only set up in January, when Ian and the lecturing staff at NA College got talking.

Ian had mentioned in conversation that he had been racing this season, and after a few behind the scenes conversations, a meeting between Ian and Paul Robson, Managing Director of NA College, was arranged.

NA College has always been keen to support initiative and this was an ideal opportunity.
“The college have definitely helped me. They’re very happy with me with what I do in the classroom, so they’ve taken a bit of a chance with me. They’re confident and want to see where I go on the track!” (Ian Kirby, 1st Year Maintenance Technician.)
Ian didn’t exactly follow the traditional route into Nissan as he had previously followed another career path prior to applying for the Maintenance scheme.

“I started at University doing a degree in teaching, then obviously I graduated and got a job in a school as a teacher which I did like. But then I decided I wanted a change so applied for the Nissan programme.” (Ian Kirby 1st Year Maintenance Technician.)

Ian succeeded in securing his place on the scheme and has flourished since day one. He has continued this can-do attitude securing four 1st place podium finishes at his first outing for the season.

For 2018, Kirby will continue to ride his Yamaha R6, this time in a full-season campaign after entering the championship on several occasions last year.