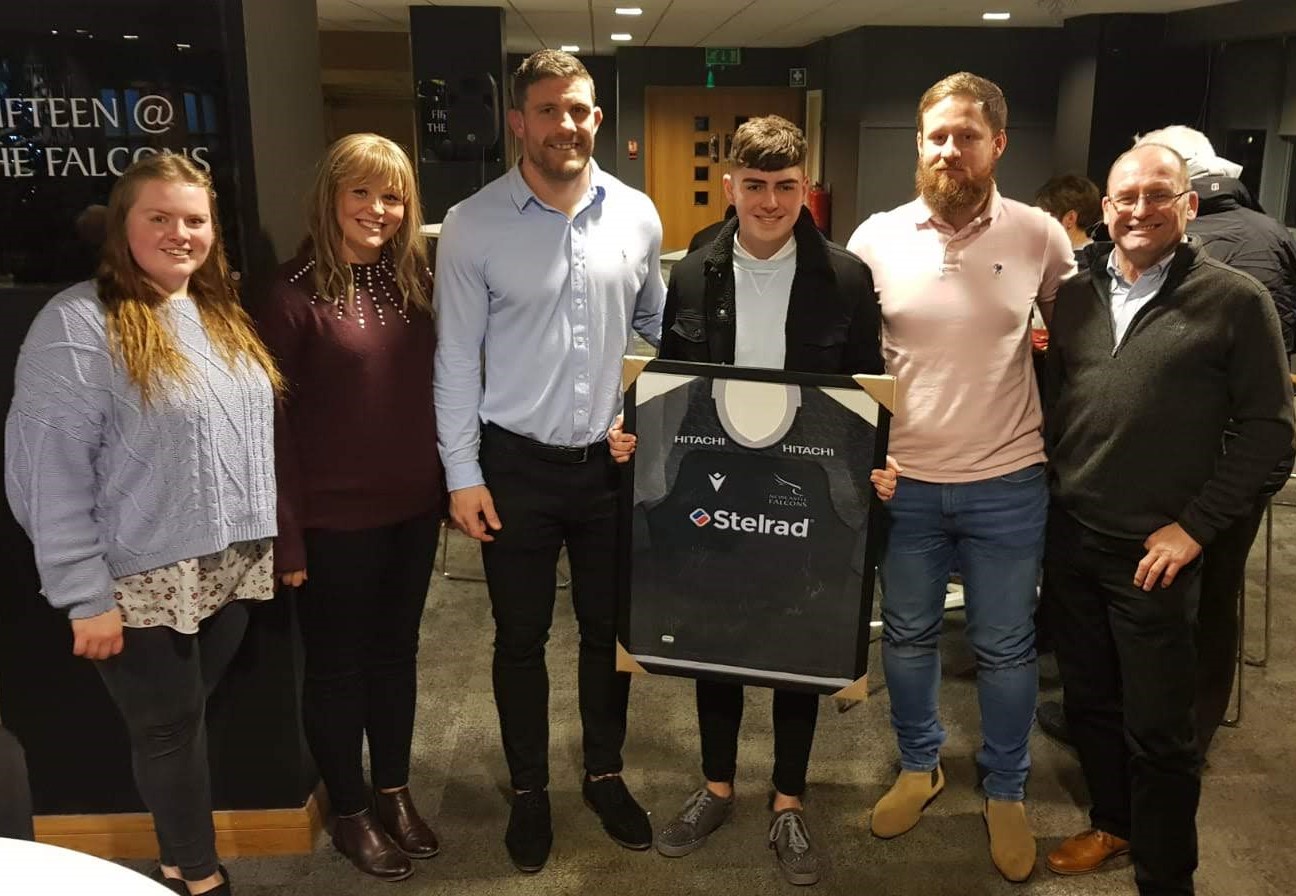 NA College were proud to be matchday sponsors of Newcastle Falcons as the club secured top seeding for the Championship Cup knock-out rounds by claiming the full five points from their last group game at home to Jersey Reds on Saturday.

Chalking up the bonus point before half-time and building on their 26-0 interval lead, the Falcons will now wait until Monday to learn their quarter-final opponents on the weekend of February 21st, 22nd and 23rd while the RFU finalises the make-up of the draw.

Newcastle began the game strongly with a solid supply of line-out ball from Sean Robinson and Darren Barry, fly-half Toby Flood making a line-break but finding himself pulled back for a forward pass.

The first try arrived on eight minutes and began with a Josh Matavesi line-break from a line-out on half-way. A multi-phase attack ensued, culminating in the left corner when George Wacokecoke’s arcing run and offload freed Sean Robinson for a well-taken sprint to the corner flag.

History repeated itself on 28 minutes when Robinson crossed for his and his team’s second try of the day, again in the left corner, this time coming from a flowing period of handling play which saw forwards and backs in harmony to keep the ball alive.

Jersey responded with a try from a driving maul in the right corner with just five minutes remaining. But it was Newcastle who had the last say with the final play of the day.

For the 2019-20 season and 2020-21 season, NA College will be a shirt sponsor for the Kingston Park-based rugby club. As a College, we plan on working with the Falcons Foundation to open ‘Community Hubs’ aimed at up skilling low-paid workers in order to help them move up the career ladder. NA College will deliver mentoring and specific skills training for English, Maths and Digital to increase business and staff productivity and ultimately raise pay for workers on low wages.