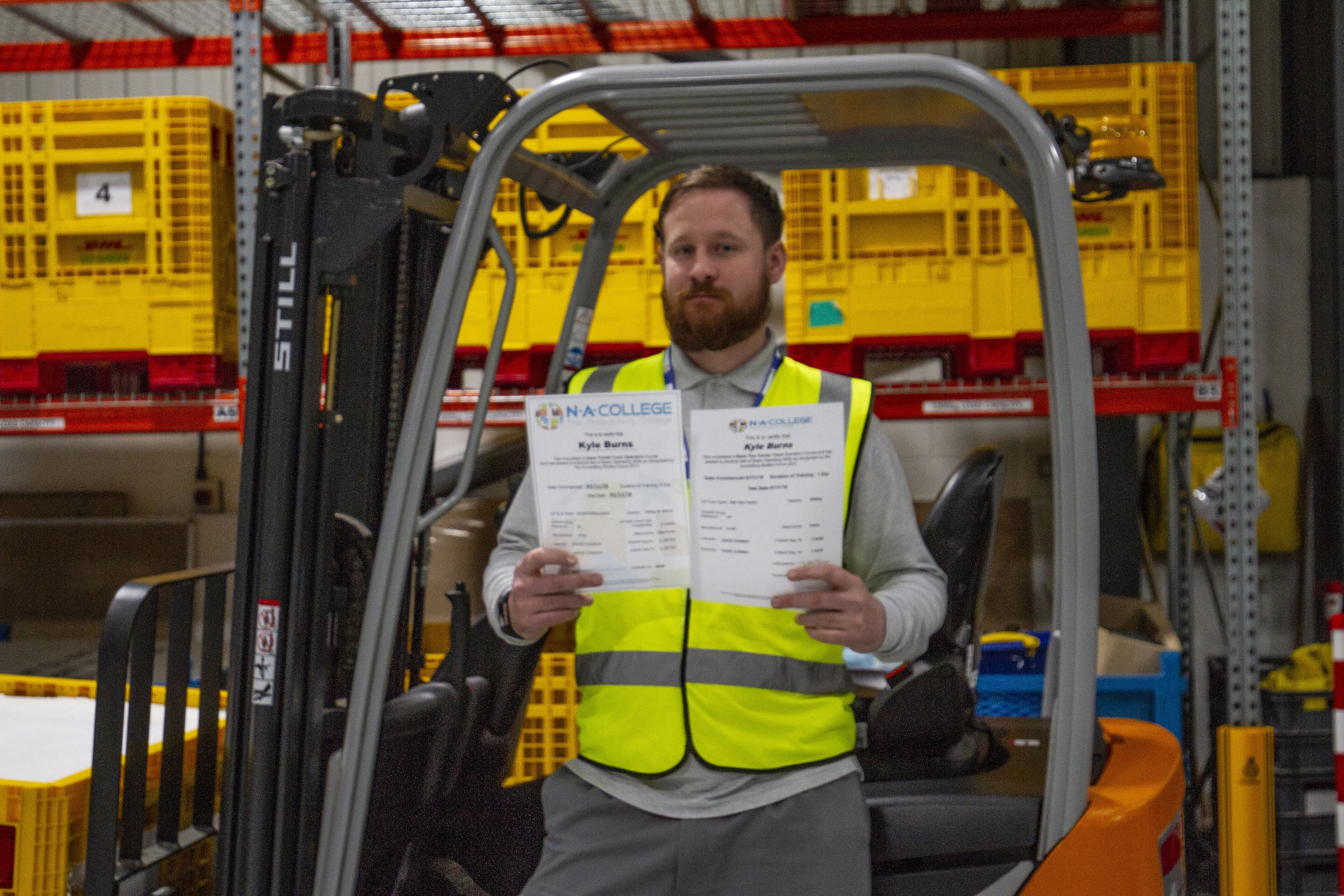 Kyle Burns attended the SBWA after we had delivered a presentation for army staff. Kyle was an excellent student, keen to learn, supportive to his peers and showed a great attitude and commitment to the programme.

Kyle said "Whilst attending Phoenix House, Val Quinan and Nicola Bowns gave a presentation on NA College and the opportunities it opened up with Nissan and manufacturing. I took an interest in the course and sent applied for a position, within a week I was booked on a course and had begun. Within four weeks I had been for a guided tour around the Nissan plant, I had been given training in hand tools and power tools including spray paint and paint correctional tools.

"With training came nationally recognised qualifications in manufacturing, I believe a mixture of the qualifications and the high level of instruction I have been given by the tutors has made my transition between military life and civilian life much easier. The wealth of knowledge shown by the instructors helped motivate myself on days when I struggled, also the level of one to one instruction has been excellent.

"While on the four-week course, I was given the skills to pass the necessary tests to gain employment into Nissan. I passed these tests and was given the opportunity to work in Nissan. I was then asked if I would like to attend a forklift and tow tractor course, I attended the course and gained licenses in both tow tractor and forklift. Yet again the level of instruction and knowledge given by both instructors was superb and it made the course highly enjoyable.

"During the forklift driving course, I was offered a job working for NA college as a workshop technician. This opportunity would not have been possible without me attending NA College, I have since accepted the job and currently awaiting a starting date. From sitting in a classroom with no idea what I was going to do after leaving the military to having two solid job offers, it only took five weeks. In that time I also gained national qualifications in manufacturing, warehousing and forklift driving. I would recommend anyone to attend NA College and I will look forward to spreading the word.