This guidance policy is designed to provide a clear framework for staff with which to respond to safeguarding concerns for those students who may be vulnerable to the messages of extremism.

The Prevent strategy is about safeguarding children and adults from being drawn in to committing terrorist-related activity, whether this is radicalisation or extremism. It is about early intervention to protect and divert people away from the risk they face before illegality occurs.

The NAC Quality Manager and internal Prevent contacts are responsible for the effective operation of this procedure but may require the assistance of the learners, tutor/assessor, project manager or delivery manager in order to investigate any concerns

Radicalisation is defined as the process by which people come to support terrorism and extremist views and, in some cases, to then support or even participate in terrorist groups or acts. Extremism is defined as vocal or active opposition to fundamental British values, including democracy, the rule of law, individual liberty and mutual respect and tolerance of different faiths and belief (see British Values section of policy for more detail).

CONTEST is the Governments counter terrorist strategy; its aim is to reduce the risk to the UK and its interests overseas from terrorism.

The strategy is made up of four elements:

·      Protect Strengthen our borders, infrastructure, buildings and public spaces from an attack

·      Prepare Where an attack cannot be stopped, to reduce its impact by ensuring we can respond effectively

Early intervention is at the heart of prevent in diverting people away from being drawn into terrorist activity. Prevent happens before any criminal activity takes place. It is about recognising, supporting and protecting people who might be susceptible to radicalisation.

The Prevent Strategy objectives are:

CHANNEL is a key element of the prevent strategy and is a multi-agency approach to protect people at risk from radicalisation. Channel uses existing collaboration between local authorities, statutory partners, the police and the local community to:

·      Identify individuals at risk of being drawn into terrorism

·      Assess the nature and extent of that risk

·      Develop the most appropriate support plan for the individuals concerned

Understanding and Recognising Risks and Vulnerabilities of Radicalisation

Most individuals, even those who hold radical views, do not become involved in extremism. Numerous factors can contribute to and influence the range of behaviours that are defined as extremism. It is important to consider these factors in order to develop an understanding of the issue. It is also necessary to understand those factors that build resilience and protect individuals from engaging in violent extremist activity. Safeguarding children and young people from radicalisation is no different from safeguarding them from any forms of harm. Indicators for vulnerability to radicalisation are the same as those we are already familiar with:

·      Experience of racism or discrimination

·      Feeling of failure/low self esteem

However there is no single profile of a terrorist, rather the vulnerability results from the interaction between circumstance, experience and state of mind. Those in the process of being radicalised may become involved with a new group of friends, search for answers to questions about identity, faith and belonging, possess extremist literature or advocate violent actions, change their behaviour and language, seek to recruit others to an extremist ideology.

There is no such thing as a typical extremist and those involved in extremism come from a range of backgrounds and experiences. The following indicators have been provided to support staff to understand and identify factors that may suggest a child, young person or their family may be vulnerable or involved with extremism. It is vital that all staff that have contact with vulnerable individuals are able to recognise those vulnerabilities and maintain professional curiosity and not dismiss concerns purely due to assumed unlikelihood.

Where there is an identified risk/potential risk that a young person may be involved/potentially involved in supporting or following extremism, further investigation by the police will be required, prior to other assessments and interventions.

Any members of staff who identifies such concerns, for example as a result of observed behaviour or reports of conversation to suggest the child/young person supports terrorism and/or extremism, must report these concerns to the designated Safeguard contact using the cause for concern form.

The designated Safeguard contact will consider whether the situation may be so serious that an emergency response is required. Professional judgement and common sense will be used to identify whether an emergency situation applies. Examples in relation to extremism are expected to be very rare but would apply when there is information that a violent act is imminent, or where weapons or other materials may be in possession of a young person, another member of their family or within the community. In this situation, a 999 call should be made.

Where a child/young person is thought to be in need or at risk of significant harm, and/or where investigations need to be carried out a referral to the Sunderland Council Referral and Assessment Team or equivalent in other local authorities should be made.

However, it should be recognised that concerns of this nature in relation to violent extremism are most likely to require a police investigation (as part of CHANNEL) in the first instance. The designated Safeguard contact will make a referral raising the concern via https://www.sunderland.gov.uk/article/14081/How-to-report-a-safeguarding-concern and then this will be passed onto Northumbria Police Prevent Team: preventmailbox@northumbria.pnn.police.uk or by phoning 101 ext. 62957/62778.

This strategy sets out the four key areas within which the DfE has defined as British values, and the ways in which NAC students learn and develop understanding of these areas, both through the curriculum, extracurricular and other opportunities.

The fundamental British Values are defined by the DfE as:

·      Democracy: Respect for democracy and support for participation in the democratic process.

·      The rule of law: Respect for the basis on which the law is made and applies in England.

·      Individual liberty: Support and respect for the liberties of all within the law.

The regulations state that to meet the standard NAC must:

(a) Actively promote the fundamental British values: democracy, the rule of law, individual liberty, and mutual respect and tolerance of those with different faiths and beliefs

(c) Take such steps as are reasonably practicable to ensure that where political issues are brought to the attention of students they are offered a balanced presentation of opposing views.

·      Enable learners to develop their self-knowledge, self-esteem and self-confidence

·      Encourage learners to accept responsibility for their behaviour, show initiative and understand how they can contribute positively as a whole

·      Encourage respect for other people, paying particular regard to the protected characteristics set out in the Equality Act 2010

·      Encourage respect for democracy and support for participation in the democratic process, including respect for the basis on which the law is made and applied in England

NAC must also ensure they actively promote principles that:

·      An understanding that participation in elections by those opposed to democracy should be allowed by law, but the success of such candidates is undesirable for the well-being of society if it would lead to theend of democracy

·      An understanding that bodies such as the police and the army can be held to account by the people, through the democratic organs of government

·      An understanding that the freedom to hold other faiths and beliefs is protected in law, and an acceptance that other people having different faiths or beliefs to oneself (or having none) should not be the cause of prejudicial or discriminatory behaviour.

·      Provide learners with a broad general knowledge of, and promote respect for public institutions and services through lessons

·      Ensure NAC rules and expectations are transparent, clear and fair, available for all to consult and that they are used consistently across the different areas and age groups

·      Support all learners to develop positive self-esteem, self-confidence and self-awareness and self-knowledge.

·      Encourage learners to assume responsibility for their own behaviour and acknowledge the effects it may have on others.

·      Challenge stereotypes and promote individuality at every opportunity, modelled by staff and older students to set positive examples.

·      Work tirelessly to establish and maintain a climate in which all students feel safe and bullying is not tolerated.

The kinds of understanding and knowledge that can be expected in learners as a result of meeting the standard in respect fundamental British values:

·      Discuss differences between people: ethnicity, gender, faith, disability, sexuality and family situations such as young carers or looked after children ensuring that learners can understand these different elements within British society.

·      Work tirelessly to establish and maintain a climate in which all learners feel safe and bullying is not tolerated.

All staff and learners at NAC are expected to behave with integrity, tolerance and compassion in their dealings with one another. We will lead by example and ensure we promote British Values within all that we do. 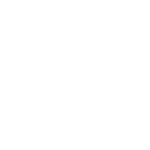 We use cookies on our website to give you the most relevant experience by remembering your preferences and repeat visits. By clicking “Accept All”, you consent to the use of ALL the cookies. However, you may visit "Cookie Settings" to provide a controlled consent.
Cookie SettingsAccept All
Manage consent

This website uses cookies to improve your experience while you navigate through the website. Out of these, the cookies that are categorized as necessary are stored on your browser as they are essential for the working of basic functionalities of the website. We also use third-party cookies that help us analyze and understand how you use this website. These cookies will be stored in your browser only with your consent. You also have the option to opt-out of these cookies. But opting out of some of these cookies may affect your browsing experience.
Necessary Always Enabled
Necessary cookies are absolutely essential for the website to function properly. These cookies ensure basic functionalities and security features of the website, anonymously.
Functional
Functional cookies help to perform certain functionalities like sharing the content of the website on social media platforms, collect feedbacks, and other third-party features.
Performance
Performance cookies are used to understand and analyze the key performance indexes of the website which helps in delivering a better user experience for the visitors.
Analytics
Analytical cookies are used to understand how visitors interact with the website. These cookies help provide information on metrics the number of visitors, bounce rate, traffic source, etc.
Advertisement
Advertisement cookies are used to provide visitors with relevant ads and marketing campaigns. These cookies track visitors across websites and collect information to provide customized ads.
Others
Other uncategorized cookies are those that are being analyzed and have not been classified into a category as yet.
SAVE & ACCEPT
About Us
latest News
Vacancies
Student Login
Student Support
Policies
Staff HuB